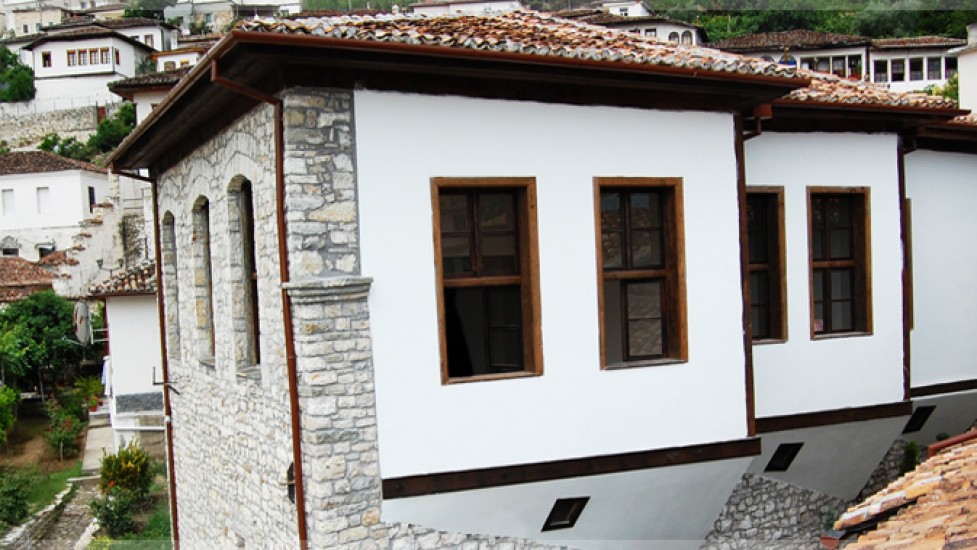 Ahmet Kurt Pacha, a very energetic feudal leader, had the ambition to create a great pachalik throughout Central and Southern Albania. In 1764, he settled in Berat. His properties in Berat were known as the most beautiful mansions in Albania, which were mainly built by peasants from Myzeqe region. The mansions stones were transported from the ancient city of Apollonia 60 kilometers away. In the mid XIX century, the family of Vironas Pasha was placed in Berat. The activity of this great Albanian aristocratic family was not only political, but cultural also, and exhilarated life in the city. With the advent of Communism, part of the mansions of the Pasha was destroyed and only ruins remained. In 1950, the Mio Family became the legitimate owner of one part of the mansions.

With the change of system in 1991, the idea of the Mio family to establish a private business was clear. Thus, the old house was restructured and transformed into Mangalem’ Hotel – a modest investment at that time, but made with much love and dedication. Initially, it was operated as a restaurant prominent for its traditional cooking even then.
One year later, one room of the house was used to offer accommodation to those few tourists visiting Berat at that time. Expansion continued and by 1999 the hotel consisted of 8 rooms. Four years later, another higher capacity restaurant space was added. Despite the rapid growth, the hotel has remained committed to preserving traditional and historic forms of architecture and design. In 2009, the hotel took the shape of a compound, including one of the untouched parts of the pasha’s mansion.