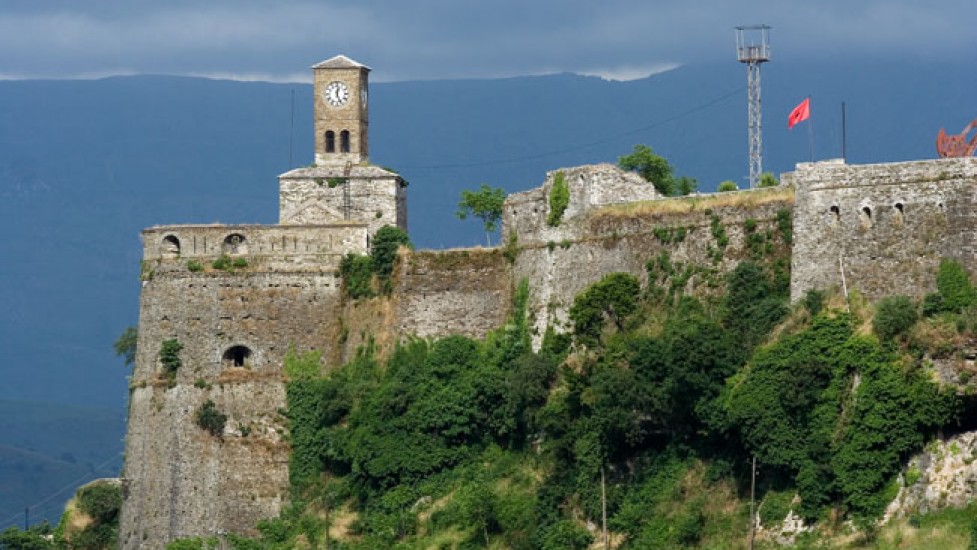 The castle is open all year round (April to September 09:00 to 19:00, October to March 09:00 to 17:00 ) with an admission price of 200 Lekë. A small bar is situated within the ramparts where refreshments can be purchased.
The castle, which is undoubtedly one of the most magnificent structures of the city, sits on a rocky bluff with the city stretching out around it. It offers spectacular views of the Drino valley and surrounding mountains. The castle has undergone various additions and changes over the course of the centuries: The first major fortifications were built under the Despots of Epirus in the 12th and 13th centuries. After the Ottoman conquest of the late 14th century the most extensive improvements were made around 1490 by Sultan Beyazid II. From 1811, the Ottoman governor Ali Pasha of Tepelena added many elements, including the clock tower on the eastern side. He also completed fortifying the full area of the bluff. In addition he built an aqueduct to bring water to the castle from distance of over 10 km from the surrounding mountains. Since Ali Pasha’s time the castle has fallen into disrepair. In the 1930s it was redesigned as a prison by the Italians at the request of King Zog, and was closed in the 1960s.